Why Lobster makes For the Ultimate Sophisticated Summer Meal 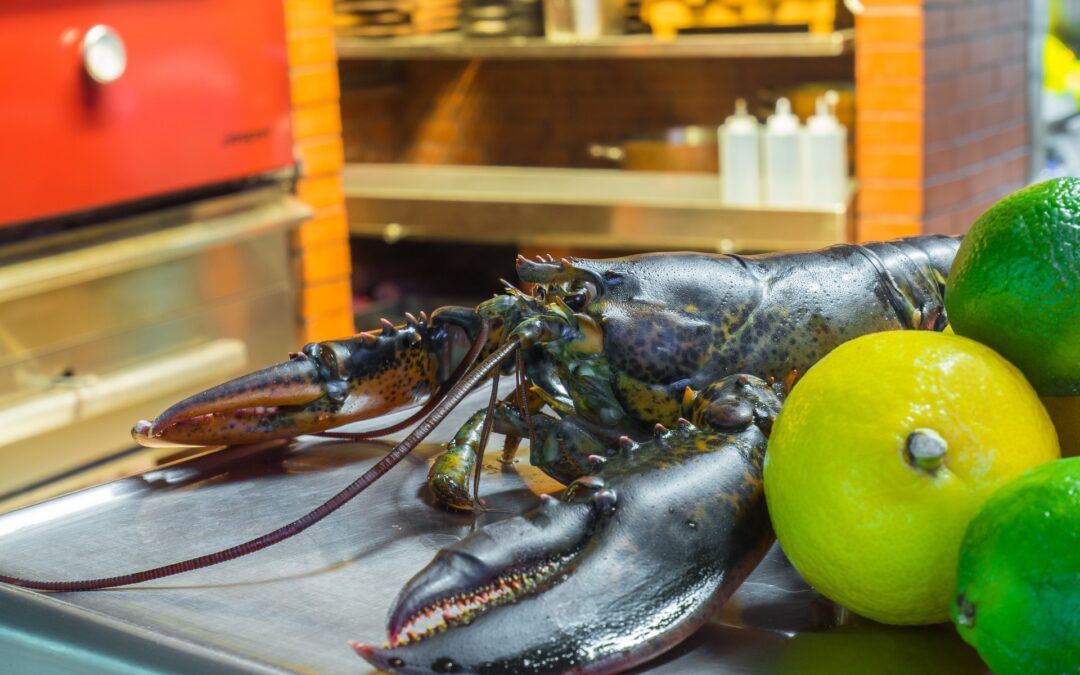 Ah, summer – the season of lobster! At once classy and delicious, this scrumptious shellfish has clawed (pun intended) its way from the tables of servants and prisoners to fine-dining restaurants, grillhouses and fancy dinner parties. As one of the top restaurants in Malta for fresh meat and seafood, the team at Sciacca Grill takes a look at how lobster became synonymous with culinary style and sophistication.

Back in the days of colonial America, lobsters were considered to be fit for only the poor, the imprisoned or the working classes, as they used to wash up in large numbers on the beach in Massachusetts Bay and were therefore thought of as “trash food”. In those days, lobster used to signify poverty and degradation.

During the 1850s and 1860s, restaurants began to include lobster in the salad section of the menu. The popularity of the shellfish had grown along with railways starting to spread across the U.S., when transportation managers realised that they could serve it as a delicacy to travellers who had never eaten it before.

Much later on, during World War II, lobster was one of the few foods not to be rationed, which meant that families of all classes ate it in abundance. It was firmly established as a gourmet meal by the 1950s, often served as weddings and even associated with movie stars and celebrities.

From lobster rolls to rich, herbed risotto recipes, lobster is now one of the most cosmopolitan and cultured meals that can grace a dinner table. Fans of this meaty sea bug love it because because it’s a sweeter version of crab and meatier than its fellow shellfish, the shrimp. It also has a chewy, spongy texture that particulary noticeable in the meat from the lobster’s tail.

Traditionally, when cooked, lobster is mixed with herbs, butter, salt and pepper. Butter especially brings out the flavour and softens the meat, making it the most popular ingredient. Lobster can be grilled, boiled, fried in a pan or baked, depending on one’s taste and texture preferences.

Nobody does lobster like Sciacca Grill, one of the best restaurants in Malta!

Our fish display includes a lobster tank, which holds our island’s local, sweet-flavoured lobsters known as Awwist and Xkall – they’re highly regarded by tourists as the best of their kind in Europe. Come over and try some for yourself at either St. Julian’s or Valletta by making a reservation online today at one of the most unique restaurants in Malta, and don’t forget to follow us on Facebook!

Please note that our fish and seafood display varies according to the local fish season.

We use cookies on our website to give you the most relevant experience by remembering your preferences and repeat visits. By clicking “Accept”, you consent to the use of ALL the cookies.
Cookie settingsACCEPT
Manage consent

This website uses cookies to improve your experience while you navigate through the website. Out of these, the cookies that are categorized as necessary are stored on your browser as they are essential for the working of basic functionalities of the website. We also use third-party cookies that help us analyze and understand how you use this website. These cookies will be stored in your browser only with your consent. You also have the option to opt-out of these cookies. But opting out of some of these cookies may affect your browsing experience.
Necessary Always Enabled
Necessary cookies are absolutely essential for the website to function properly. These cookies ensure basic functionalities and security features of the website, anonymously.
Functional
Functional cookies help to perform certain functionalities like sharing the content of the website on social media platforms, collect feedbacks, and other third-party features.
Performance
Performance cookies are used to understand and analyze the key performance indexes of the website which helps in delivering a better user experience for the visitors.
Analytics
Analytical cookies are used to understand how visitors interact with the website. These cookies help provide information on metrics the number of visitors, bounce rate, traffic source, etc.
Advertisement
Advertisement cookies are used to provide visitors with relevant ads and marketing campaigns. These cookies track visitors across websites and collect information to provide customized ads.
Others
Other uncategorized cookies are those that are being analyzed and have not been classified into a category as yet.
SAVE & ACCEPT